Seeking Roots All the Way to Nongkojajar


The Netherlands halted international adoption after cases of child trafficking came to public light. Many adopted children from Indonesia have not been able to find their biological parents.

THE house on Jalan Mohammad Toha Kilometer 18 No. 9, Pondok Cabe Udik, Pamulang, Tangerang, Banten, looked quiet from the outside. The Loka Kasih children’s home, which assisted in the adoption of children by Dutch families, used to operate here. On Thursday, February 18, the house on the Jakarta-Bogor main throughway seemed desolate with its closed gate and overgrown vegetation.

According to Mujianto, a marine veteran, a cooperative marine repair shop unit located there is the only part of the house which is still operational. “Loka Kasih used to be here. It was in the back. But it’s been a while since there were children here,” said Mujianto, who has been working at the cooperative since his retirement in 1996. He said he does not recall exactly when the children’s home stopped operating, but he estimated it was around a decade ago.

Dewi Deijle, who was adopted from Indonesia, went there in 2010 to seek out her biological mother. She met the person who managed the home then. “As soon as he saw my documents, he immediately said that he couldn’t help me because most of the information in them were fake,” said Deijle, who is a lawyer in the Netherlands.

The topic of adoption became news after the Committee Investigating Intercountry Adoption under Tjibbe H. J. Joustra released its findings on February 8 regarding children adopted in the Netherlands. The Committee, set up in 2018 by Minister for Legal Protection Sander Dekker, found that, “Serious abuses surrounding intercountry adoption occurred,” between 1967 and 1998 in the five countries it studied: Bangladesh, Brazil, Colombia, Indonesia, and Sri Lanka. 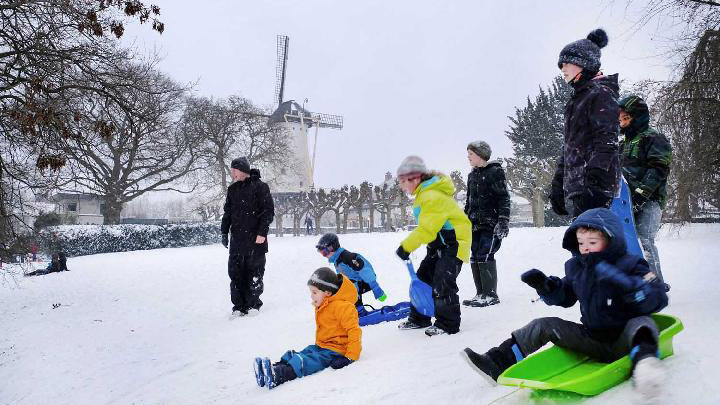 The Committee criticized the Dutch government “which was aware of adoption abuses” since the 1960s, and “failed to fulfill its responsibilities and obligations and neglected to intervene when there was reason to do so.”  The Committee further said that “because of the way in which their adoptions were conducted, many adoptees cannot discover their identities.”

Minister Dekker said the government regretted this. “I, on behalf of the cabinet, express my apologies for those who were adopted,” he said. The Dutch government decided to halt all intercountry adoptions for now.

The report also focused on adoption cases from Indonesia, noting that between 1973 and 1984 3,100 children were adopted by Dutch families. The Committee found large-scale abuses in the adoption processes. “There were concrete indications of child trafficking, kidnapping and abductions. Also signals of document forgeries, embezzlement, fraud, and corruption by intermediaries and dishonest care homes,” the report said. One example the Committee pointed to was trafficking allegations of 200 children from Biak in 1979 which also involved Flash, a Dutch adoption intermediary. The Dutch government, the report said, already knew about the alleged abuses since November 1977. 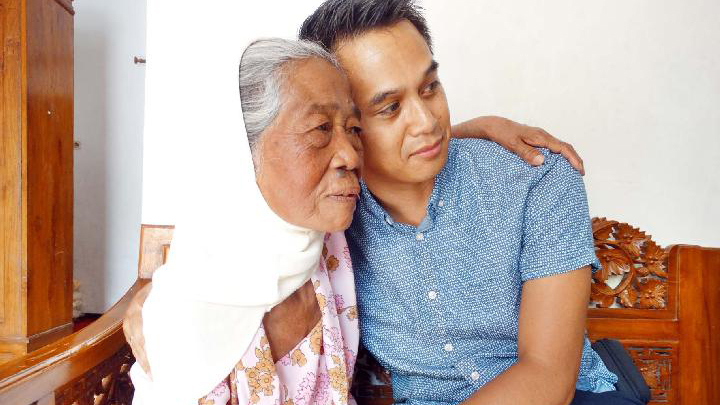 Among those raising their voices was Mijn Roots, a foundation which help adopted children in the Netherlands seek out their biological parents in Indonesia. Mijn Roots was set up by Christine Verhaagen, an academic advisor at KPZ academy in Zwolle, and Ana Maria van Valen, who has been living in Surabaya, East Java, since 2015. Verhaagen got to know Van Valen when the former tried to find her birth parents, whom she still has not been able to locate until now. “Ana and I then decided to cooperate and set up Mijn Roots,” said Verhaagen. Within five years since it started in 2016, the foundation has handled 177 cases, out of which 77 have yet to end positively because of insufficient or falsified information.

Seeking out the roots of adopted children is complicated, and often leads to nowhere. Take Rosmini van Schie, who is said to have been born in Bogor, West Java, in 1980, and adopted through an orphanage in Jakarta. In 2009, she tried to look for an address that was on her adoption documents, and ended up meeting with the daughter of the adoption intermediary. Rosmini’s efforts stalled, because, “The intermediaries have passed away and did not leave any information behind,” she said. “It feels as if I’ve lost my identity. Is my name really Rosmini?”

Jolanda Sumiati and Jeroen Beijering were born in Jakarta respectively in 1981 and 1978, and adopted through two foundations in Jakarta. Both tried to find their birth parents through Mijn Roots, but have yet to succeed. They, and also their adopted parents, were hit hard when they realized that the adoption papers were incorrect. It made them both question their past. “Did my mother really gave me up voluntarily?” asked Beijering.

Some adopted children succeeded in finding their birth parent, such as Tim van Wijk, who was born in Semarang, Central Java, in 1975 and adopted through an orphanage when he was six months old. Mijn Roots helped him find Ellya Rosani, his biological mother. After searching for one-and-a-half years, Ellya was located last year at Susukan village near Semarang. “My mother gave birth to me at a maternity clinic in Semarang, but I disappeared three days later,” said Van Wijk, who has not been able to meet his mother in person due to the Covid-19 pandemic.

Raymond Blauw, who was adopted by a family from Leeuwarden when he was two years old, also found his birth mother through Mijn Roots. He finally met Rustijam, his mother, at Nongkojajar village in Pasuruan, East Java, in June 2016. “She told me that she left me in the care of a nurse at a nearby hospital because of bad health and financial conditions. For decades she kept my baby photo under her pillow,” he said. 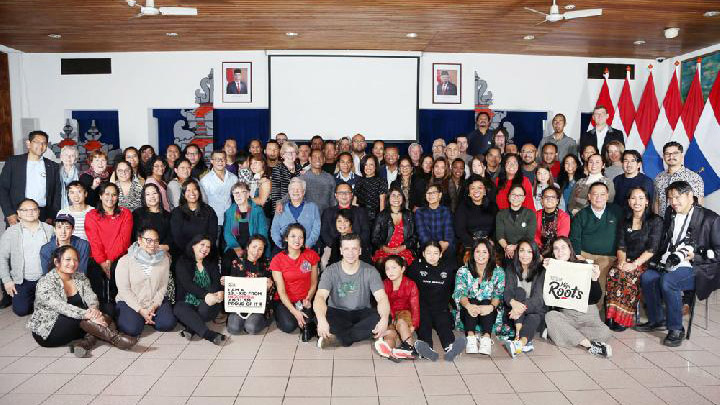 A meeting of adopted Indonesian children held by Mijn Roots at the Indonesian embassy in Den Haag, November, 2019. Mijn Roots

René Hoksbergen, emeritus professor specialized in adoption at Utrecht University, believes that the government should have acted much sooner. “For decades I’ve repeatedly warned, through the media and even several times directly to the Legal Protection Ministry, about problems in adoptions,” said Hoksbergen, who was also consulted by the Joustra Committee. One of the reasons the Committee was formed, he said, was because of pressure from adopted children who are now adults. “Some of them made efforts to take the government to court for their negligence in dealing with adoption problems,” said Hoksbergen.

One of the cases was filed by Dewi Deijle together with Mijn Roots in 2017. Even though the case was rejected, Dewi and Mijn Roots kept on lobbying for this cause in the parliament. This was confirmed by Michiel van Nispen, Member of Parliament from the Socialist Party. “In my opinion, they have played a part in realizing this intercountry adoption investigation. They continued to bring up this topic, and demanded attention for this from politicians,” said Van Nispen.

Christine Verhaagen and Dewi Deijle met with Minister Sander Dekker on February 10 to discuss the government’s next steps. In the short term, Verhaagen said, the government needs to give financial support to adopted children who want to find their birth parents, as the search process and DNA tests cost money. “Time is running out, as many of our parents in Indonesia are getting old. It is time for the government to support us.”