He is Certain of His Innocence 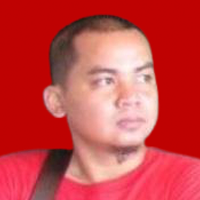 Lin Che Wei insists that he is innocent. Trade Minister Muhammad Lutfi has not given a statement since the cooking oil graft case became public.

0 Comment
Lin Che Wei is named as suspect after being questioned by the AGO’s Junior Attorney for Special Crimes Investigation Team in the case of export permit for CPO and its derivatives in Jakarta, May 17. The Attorney General’s Office . tempo : 166440505871

He is Certain of His Innocence

THE Attorney General’s Office (AGO) named former member of the coordinating minister for the economy’s assistance team, Lin Che Wei, a suspect on Tuesday, May 17. Lin Che Wei is believed to be involved in the suspected palm oil export graft case at the trade ministry. The 53-year-old man is the fifth suspect in the investigation.