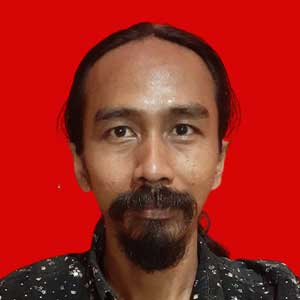 The career of Insp. Gen. Teddy Minahasa Putra took off after he became adjutant to Vice President Jusuf Kalla. He is on record as being the wealthiest police officer.

Teddy Minahasa (wearing sunglasses) during the declaration of Joko Widodo and Jusuf Kalla as presidential and vice-presidential candidates at Gedung Joeang 1945 in Jakarta, May 19, 2014. TEMPO/Dhemas Reviyanto Atmodjo/photo file . tempo : 167528014731

DOZENS of middle-aged men and women were relaxing in a gazebo in Taman Ria Suropati park in Pasuruan Regency, East Java, on Saturday, October 15. They were colleagues of Insp. Gen. Teddy Minahasa Putra, a former West Sumatra Police Chief.

The day before they had heard the news that Teddy had been arrested in a case of taking narcotics from police evidence. “They prayed for him to come through this,” said Taufiq, the Head of Ranggeh v