Putin, Among the Ruins 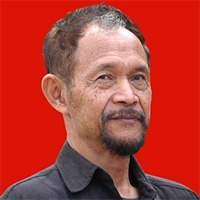 There is an impression that Putin imagines Russia as a continuous unity over the past thousand years — as though the Socialist Revolution of 1917 was merely a continuation of Tsarist rule, as though history is not the process of contradiction and does not leave behind ruins.

PUTIN was born among ruins and raised among ruins. Maybe he is now trapped among different ruins.

On October 7, 1952, his mother Maria gave birth to Vladimir Vladimirovich. He was the third surviving child. Post-war ruins were still evident in Leningrad and in the life of the Putin family. Germany had virtually destroyed the city in World War II. For over two years, from September 8, 1941 to January 27, 1944, Leningrad was beseiged an